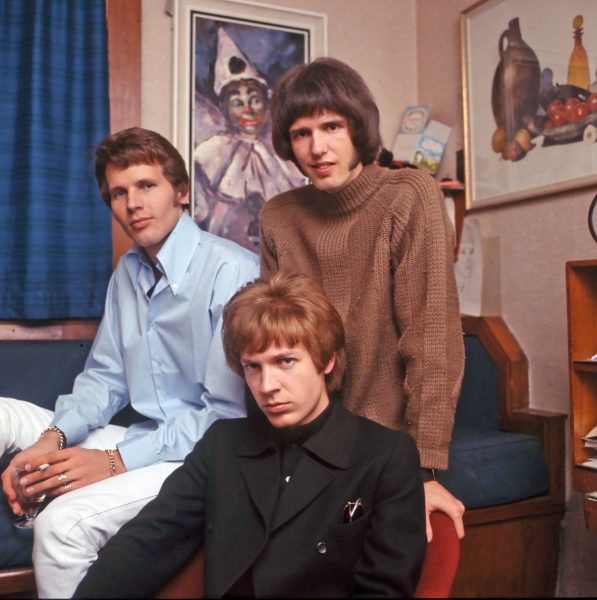 June’s edition of “C’est La Mode” on Miami’s Jolt Radio includes a tribute to the late, great Scott Walker, artists with June birthdays including Brian Wilson and Ray Davies, and of course a great selection of eclectic ’60s pop, soul and more.

You’re All Around Me—The Walker Brothers

I’ll admit, my news sources have been somewhat limited lately, so I was saddened to hear that Scott Walker died earlier this year. I’m a huge fan of his work as primary lead singer of The Walker Brothers, three Yanks who made it BIG in the UK with a string of hits between 1965–1967, including two number ones. One of my favorites is “You’re All Around Me,” written by Scott with female British singer-songwriter Lesley Duncan. The song appeared as the b-side of their single “My Ship Is Coming In” in 1965 and on their debut album “Take It Easy With… .” I love the guitar on this and the female backing singers’ swell on the chorus (mostly likely the prolific Breakaways).

There’s more to Sinatra’s 1960s recordings than “These Boots Are Made for Walking.” Case in point is the 1967 single “Lightnings Girl,” penned by long-time collaborator Lee Hazlewood. It packs a power punch: a hybrid of country-psychedelic-pop, highlighted by slinky heavy percussion and a fuzz-tone guitar figure played backwards for sinister effect with strings and cellos. Made the top 30 on Billboard’s Hot 100.

Get Rid of Him—Dionne Warwick

A great track from Warwick’s superb 1964 album “Make Way for…,” this jaunty girl group number was penned by Helen Miller and Howard Greenfield (frequent collaborator with Neil Sedaka, (i.e. “Where the Boys Are”). Love the attitude on this, especially the background singers’ advice offering lyrics. Overall it’s a close cousin to the Shirelles’ 1963 hit “Foolish Little Girl,” which was also a Miller/Greenfield composition. The Shirelles were also label mates of Warwick on Scepter Records.