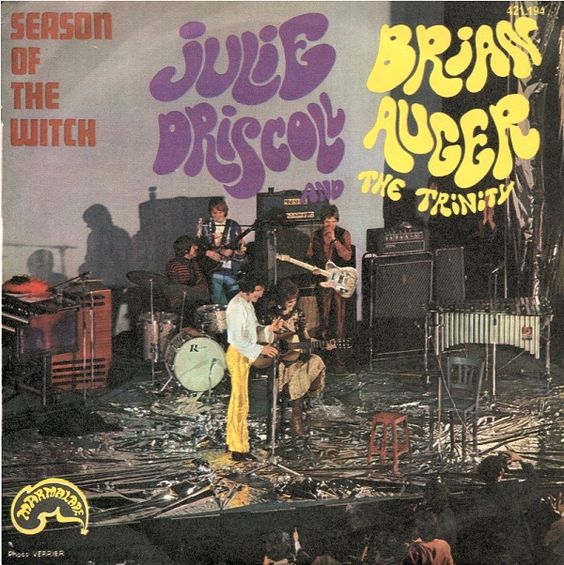 Lots of atmosphere on hand here from the barefoot princess of Britpop. This Chris Andrews penned track from 1966 features thunder and wind sound effects and a creepy keyboard hook. Sandie’s foreboding vocal has her trying to escape a tyrannical boyfriend. See her prior release, “Nothing Comes Easy,” for lowdown on this twisted relationship!

2. I Had Too Much To Dream Last Night by The Electric Prunes

A great one-off hit from late 1966/early ’67 full of psychedelic fuzz-tone guitar, pounding drums, tambourine and what sounds like a sitar (?). The song alludes to an acid trip gone wrong, and there is a genuine weariness in lead singer James Lowe’s vocal. The Electric Prunes recorded for Reprise Records, owned by Frank Sinatra.

3. Season of the Witch by Julie Driscoll, Brian Auger and the Trinity

Psychedelia again as Jules and Brian cover this slinky simmering Donovan track that appears on their 1968 album “Open.” Julie is a C’est La Mode favorite. Her voice reminds me of a harder-edged Dusty Springfield. Check out her groovy eye makeup in this clip and you’ll discover why she was named “The Face of 1968”!

4. Daughter of the Sun by Sharon Tandy (with Les Fleur De Lys)

A hard-driving, freakbeat track from South African-born Sharon Tandy, backed by mod outfit Les Fleur De Lys circa 1968. “I’ll cast a spell on you and you’ll be dead,” sings Sharon. This woman ain’t foolin’ around!

5. I Put A Spell on You by Manfred Mann

The Manfreds’ 1965 take on the oft-covered Screamin’ Jay Hawkins classic. In C’est La Mode’s humble opinion, lead singer Paul Jones is one of the best white R&B singers the UK ever produced! 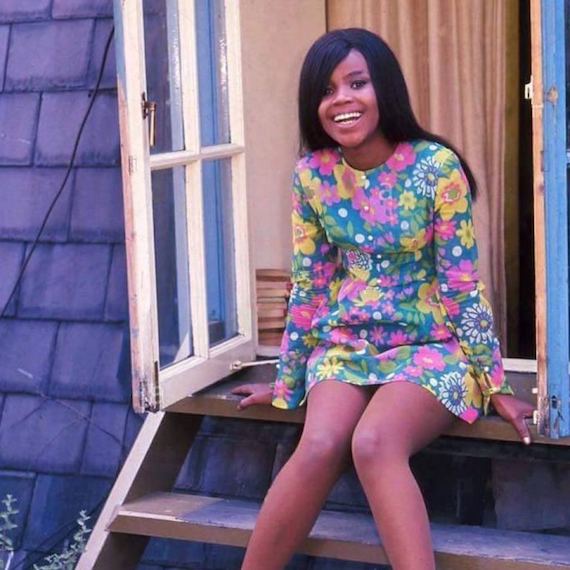 Hello readers–It’s supposed to be Fall here in South Florida, but it still feels like summer! Turned off my air conditioning for a little while and opened my windows to get some fresh air. Hopefully it will cool off soon!

Speaking of fresh–here is the October edition of the “C’est La Mode” radio show featuring:

Read more about these highlights after the link!

This infectious, bouncy pop tune, released on Immediate’s subsidiary label Instant seemed destined for #1 status given the rash of bubblegum sounds popular at the time. Songwriter and Manfred Mann singer Mike D’Abo produced the track.* But alas it wasn’t meant to be. Shortly after it’s release, Immediate imploded and the record tanked.

“Micky” could’ve been a comeback for Twinkle, aka Lynn Ripley, an intriguing artist in the brit-girl canon who wrote most of her own material. She hit big in late 1964 with the biker death disc “Terry,” a close cousin to The Shangri-Las’ “Leader of the Pack.” Twinkle also wrote “Micky” and her other chart hit “Golden Lights” (#21 in 1965), which The Smiths covered in the 1980s.

Happy belated birthday to P.P. Arnold (aka Pat Arnold), who turned 73 on October 3! Her new album is The New Adventures of P.P. Arnold.

Pat signed to the Immediate label in late 1966, at the urging of Mick Jagger, whom she met while touring with The Rolling Stones as a member of the Ike and Tina Turner Revue. With her power-packed, gospel-inflected vocals, she hit big in 1967 with a cover of Cat Stevens’ “The First Cut Is the Deepest.”

She recorded this Uptown Soul-flavored Wilson Pickett cover with then unknown Rod Stewart in 1967, but it went unreleased. Legend has it that there was some friction in the studio. Producer Mick Jagger felt Stewart couldn’t hit the song’s high notes. An argument broke out resulting in Jagger leaving the studio with the tapes. “Come Home Baby” is the only song that survived from the session. Musicians on the track included Keith Richards, Ronnie Wood, and Nicky Hopkins on keyboards

“Callin’ out around the world, are you ready for a brand new beat?” The world answered “yes” as Motown Records popularity exploded in 1964. At the height of the British Invasion, the label stood strong, scoring four #1 singles on Billboard’s Hot 100, including “My Guy” by Mary Wells and “Where Did Our Love Go” the breakthrough release for The Supremes. Week-ending October 17, 1964, Motown had seven songs in the Hot 100. Together they make a great set–I dare you NOT to dance!

Listen to the October Edition of “C’est La Mode”

The next edition of “C’est La Mode” streams live November 15 on Jolt Radio. Listen to past shows on Mixcloud. 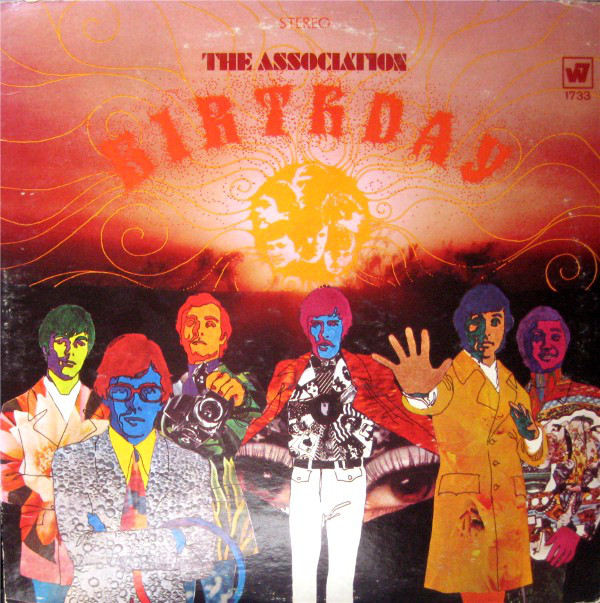 Planning a radio show isn’t always easy, but I had plenty of inspiration for this latest edition of “C’est La Mode.”

I kicked off the show with a rare alternate version of her big hit “Band of Gold,” that features additional instrumentation and verses. Then I book-ended the first set with the hit version of the song, just for comparison. I’m a bit of an audiophile–I love to hear the differences in lyrics, sounds, instruments, vocals–you name it!

I hunt for vinyl in South Florida in a number of places, including Record Rack in Pompano Beach. On a recent jaunt there, I picked up a used copy of The Association’s 1968 album “Birthday.” The disc opens with a spirited track entitled “Come On In.” The sound is fresh and engaging–and it’s no wonder–West Coast-based sound engineer Bones Howe produced the album! Howe served as sound engineer for a number of late ’60s pop acts, with instrumentation handled by L.A. studio musicians known as The Wrecking Crew.

I highlighted Howe’s work with the Wrecking Crew focusing on sunshine pop tracks by The Mamas and the Papas, The Fifth Dimension and obscure Latin-influenced vocal ensemble The Carnival.

Do we still have duos these days? The ’60s sported a number of them, and they weren’t necessarily all romance-styled singing partners. Record-shopping back in Cleveland, my friend Emma brought to my attention a 1967 album by The Everly Brothers, simply called “The Everly Brothers Sing,” it includes their last Top 40 hit “Bowling Green.” Although considered past their commercial peak at the time, the album is chock-full of great harmony-laced, pop-psych tracks, and some cool fuzz-tone guitar riffs. I selected the track “Mary Jane” to anchor a set of ’60s duos that looked like this:

Have I sufficiently wet your appetite for more sounds of the ’60s? Listen to the complete September 20 edition of “C’est La Mode below. Next show is October 18 on Jolt Radio!